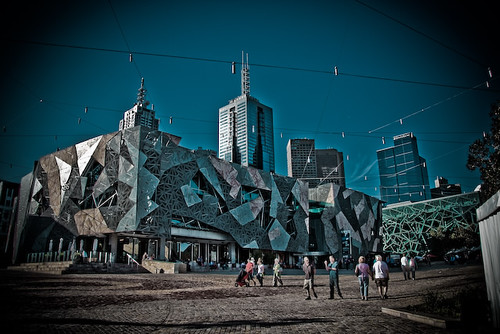 Went into the city with the clan today to take some train/railway photos for the latest dpchallenge and to do some more reconnaissance work for the upcoming sofobomo.

Had afternoon outside to at Transport, from which and took a half decent shot of Fed Square.

Also go some really nice shots train station related shots, which I’ll post later… but these too will make be recreated for sofobomo.