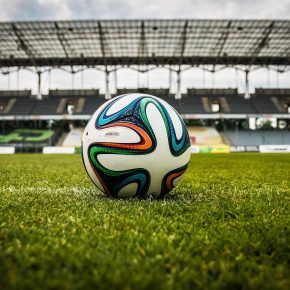 It’s been a long time since I publicly tipped on A-League, and am going to try my hand today at this weeks opening round of Season 8.

Despite the coaching changes since last season seeming to suggest this should be a win for the blue side of Melbourne, I’m going to tip with my heart and say the Heart will beat Victory tonight.

Wellington will spoil Del Piero’s welcome to the A-League,  but defeating Sydney.

Glory will take out their revenge on the Roar.

Central Coast will be too strong for the Wanderers.

Heskey will impress for Newcastle as they teach Adelaide a thing or two… no mercy will be shown the already depressed Reds, coming off their aggregate loss in their Asian Championship League efforts.

So… they’re my tips for this weekend.  If they’re any good, I might do this again.

Just watched Australia’s opening football match of the 2008 Olympics against Serbia on Channel 7 and have been "inspired" enough by a few things to get me out into the bungalow on a cold, Melbourne, winter night to vent blog about it.

Firstly… Channel 7.  The nerve of them to broadcast this on a delay of TWO HOURS.  If they didn’t want to do a proper job of broadcasting the games, they shouldn’t have bid for them.  I vaguely recall being equally disgusted with their efforts four years ago with their coverage of the Athens Olympics.  A sign of the standard we’re to expect of the next two weeks?  Let’s hope not.  At least the guy commentating the game for Ch7 was okay.  Knew the game and made an effort to pronounce the names correctly (got most of them right too).  That brings me to my second point.

Secondly… ABC’s radio commentary was of the game was SHOCKING.  I listened to about 15 minutes of the match and one of the commentators (David Morrow I think is his name) didn’t know the game and couldn’t pronounce his mothers maiden name if it wasn’t "Smith".  He was clearly a rugby commentator as he kept referring to the goal-line as the "by-line"… and on several occasions during the time I was listening, he made negative stereotypical comments about the sport.  Made me want to write to the ABC and complain… thought I’d vent here instead.

Finally… the match itself .  What can I say about the Olyroos?  Uncoordinated, uninspired, unbelievably lucky to come away from this with a 1-1 draw.  Their play had "Graham Arnold" stamped all over it… when will the FFA realise that this guy is a dead weight around the neck of the sport for this counrty.   Get rid of him already.

Just watched part of the 2nd semi-final at the Women’s World Cup between Brazil and USA, and while the standard of play was quite good, the standard of refereeing was far from acceptable.

Handball in the box not spotted, denying the US of a penalty; a clear corner not given because the US defender fell over as she kicked it; the US goalkeeper blatantly stepping outside the penalty box while kicking the ball from her hands yet no free kick paid.

Now, the men who refereed last year Men’s World Cup were refereed last year Men’s World Cup were far from great… I remind you of the farce which was the refereeing in the Australia vs. Croatia match, but the mistakes I witnessed tonight would not have been seen made by a parent refereeing an Under 8s match on a Sunday morning… and most definitely shouldn’t be made at the World Cup level.

(apologies for any errors in spelling or grammer, but this is my first “mobile” blog posting).

I may have tied with him on my A-League tips this year, but I submitted my tips for the last 9 rounds back in November… what’s his excuse for getting only 35? But… I have come to the conclusion that Les Murray doesn’t know a thing about the beautiful game.

Why do I say that?

It’s his international team of the year for 2006… more precisely, his inclusion of one Vince Grella in said team.

How the hell can he justify that? He can’t… I mean… he hardly even tries to either

In this I went for Vince Grella, a choice that will raise some eyebrows given that he is Australian and so am I.

Of course there were more than a few excellent performers in this role. At the World Cup Claude Makelele of France, Costinha of Portugal and Argentinaâ€™s Javier Mascherano were other outstanding examples. Englandâ€™s Steven Gerrard plays this role well, too, whenever heâ€™s used there. But I found Grella to be as good as any of them in that position.

Where’s Zidane or Kaka? Grella, wasn’t even one of the better players for Australia at the World Cup. He doesn’t come anywhere close to being the best player in that position internationally.

There are only three possible reasons for Grella’s inclusion in Les’ team of 2006.

So… based on this, I reckon SBS should retire Les before he loses what little credebility he has left in the eyes of Australia’s football viewing public and give the job of Australia’s Mr Football to someone less likely to embarrass themself with fanciful claims such as the one made by Les here.

Well… looks like my “set and forget” strategy is really working… not regarding tipping correctly, but definitely in the “forget” stakes… six weeks without an A-League post. I’m ashamed of myself.

Anyway… looking at my tips on footytips.com.au, my tips for the past 5 weeks appear to have been (correct tips are in bold).

So… as you can see, I’m not doing too well. I’m sitting on 20, ranked 1,730th out of the 14,137 tippers on footytips.com.au. More importantly, I’d be equal leader with Damien Lovelock if I was a panelist on SBS… but alas, they’re yet to ask me to join them. Also, you might have noticed I didn’t tip a single draw between Rd 5 and 10.

Think I’ll learn… my tips for the upcoming round, which were submitted over a week ago, are going to stand, and they have no draws. The tips are:

That’s it for now… hopefully, I’ll get around to posting my tips a little more regularly.

I had a dream a couple of nights ago about the Australia v Paraguay match which is set to kick-off in about an hour or so. It wasn’t so much a dream, but more of a nightmare, with the Socceroos going down 1-0 in the match. When I awoke, I could hardly contain my anger and rage at Arnold and Kosmina… these two clowns shouldn’t have been given the honour of coaching Australia, even in a caretaker role, and should have been given their marching orders after the Kuwait debacle, but if my dream turns out to be a preminision, they should have their citzenship stripped and sent off to Nauru.